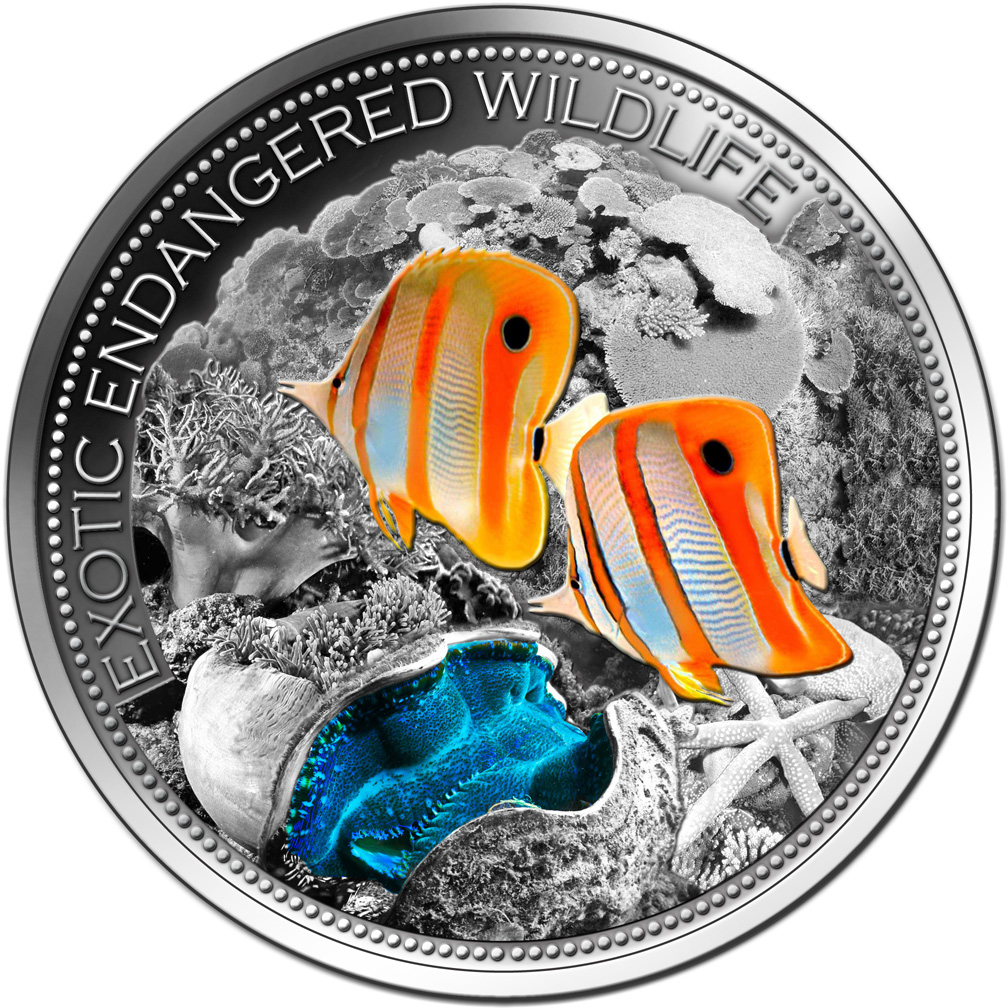 An new high relief minting up to 9/10mm with digital printing 5C on the relief and partial clear coat, with a very low mintage of 500 pieces.  The coin features a giant clam which is the largest living bivalve mollusc. At times weighing more than 200kg, these bottom feeding behemoths have an average lifespan of around 100 years in the wild. Giant clams can be found e.g. on Fiji Island, the issuing country of this coin.

The Great Barrier Reef is the largest coral reef system in the world. In fact, it is the largest natural feature on earth and can be seen from space. It is home to thousands of marine animals and a truly beautiful place. Located off the North Queensland Coast of Australia it is a playground for whales, dlophins and tourists alike. The Great Barrier Reef is a system of coral reefs that supports the planet’s most complex ecosystem. It was declared a Marine Park in 1975, only 6 years later in 1981 it was designated a World Heritage Area.

The previous release of similar minting technique sold out in no time. This coin is expected to be sold out quickly.