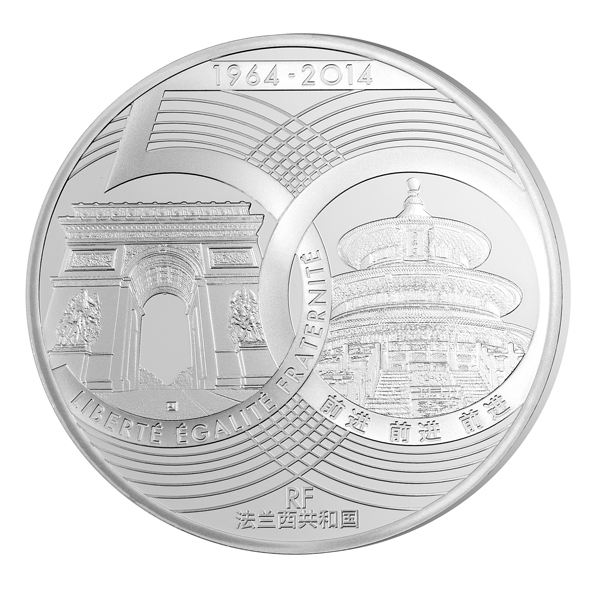 This coin is a tribute to an historical event : the 50th anniversary of the establishment of diplomatic relations between the People’s Republic of China and France, represented by General de Gaulle, on January 27th, 1964. The obverse of the coin represents two very recognizable monuments of each country : the Arc de Triomphe in Paris and the Temple of Heaven in Beijing. Both monuments are linked by the number 50, which bears the dates of the anniversary. On the numbers, on the French side, the motto of the Republic « Liberty, Equality, Fraternity »; on the Chinese side, the last words of the country’s national anthem, meaning « Go forth, go forth, go forth ». RF and its Chinese translation are engraved at the bottom of the coin.

On the reverse, both flags are linked by their heraldic colours, both red parts in the same continuous vertical pattern. The sentence « 50th anniversary of French-Chinese diplomatic relations » is also translated in Chinese.