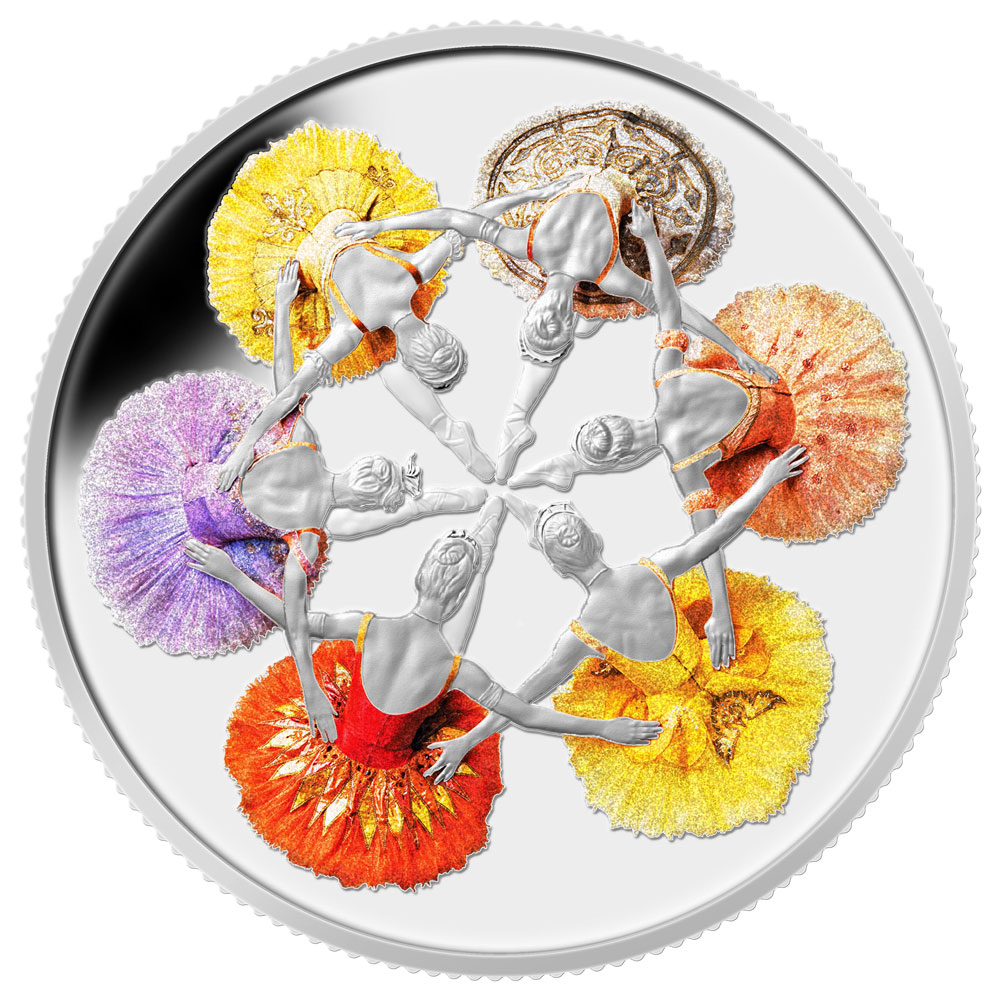 To commemorate the 75th anniversary of the Royal Winnipeg Ballet, the Royal Canadian Mint is paying colourful tribute to the organization’s rich artistic legacy within Canada and abroad with a unique silver collector coin, which was unveiled today by Her Royal Highness The Duchess of Cornwall. Following the unveiling, the Honourable Shelly Glover, Minister of Canadian Heritage and Official Languages presented Her Royal Highness with one of the special coins.

“The Royal Winnipeg Ballet is among Canada’s most prestigious and dynamic cultural institutions, renowned for teaching, creating and performing outstanding dance for the past 75 years,” said Minister Glover. “Our Government is a proud supporter of the Royal Winnipeg Ballet and wishes it prolonged success as it continues to flourish in Winnipeg.”

“This spectacular coin celebrates the 75th anniversary of the Royal Winnipeg Ballet, which is an important milestone anniversary for Canada’s internationally renowned ballet company,” said Ian E. Bennett, President and CEO of the Royal Canadian Mint. “It will be a meaningful and cherished keepsake for ballet dancers, ballet enthusiasts and collectors alike.”

“As the Royal Winnipeg Ballet celebrates 75 years of bringing joy to audiences and dance enthusiasts alike, we continue to spark excitement and artistic innovation as one of the world’s premiere dance companies,” said André Lewis, Artistic Director of the Royal Winnipeg Ballet. “This beautifully crafted coin by the Mint adds to an exciting year of performances and celebrations befitting Canada’s oldest ballet company.”

The coin’s reverse image is an engraved rendition of a photograph by one of Canada’s foremost dance photographers, David Cooper. The overhead view features six dancers from the Royal Winnipeg Ballet’s lavish production of The Sleeping Beauty. Advanced “sheer effect” colour faithfully recreates the stunning costumes worn by the dancers and further showcases the beautiful embellishments that adorn their traditional platter tutus. The coin comes in its very own music box – a Royal Canadian Mint first. When opened, the box plays Sleeping Beauty (Valse) melody by Tchaikovsky.