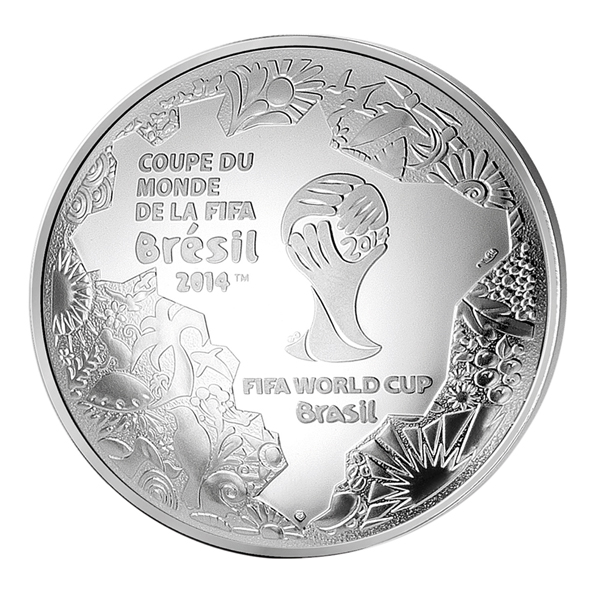 The World Cup silver coins issued by the host country Brazil, and France are now in stock, you cannot find them elsewhere in Hong Kong easily.  Each coin comes with the official World Cup licensed certificate and case.  Order yours now!

Two coins in one set.  Featuring the stadium and the twelve cities hosting the matches.  Another coin features the mascot on the reverse side and an overhead kick on the other side. The coin depicts a map of Brazil delimited by stylized elements of flora and fauna. In the middle of the country map, the competitions logo and official name are represented, the other side shows the Maracanã stadium in aerial view. The name of the stadium, the name of the competition and the RF mention are inscribed on the roof of the stadium. On the foreground, a ball on which the face value is written, springs from the stadium.  This coin is in dome shape which is the only one in all the issues in this World Cup series.