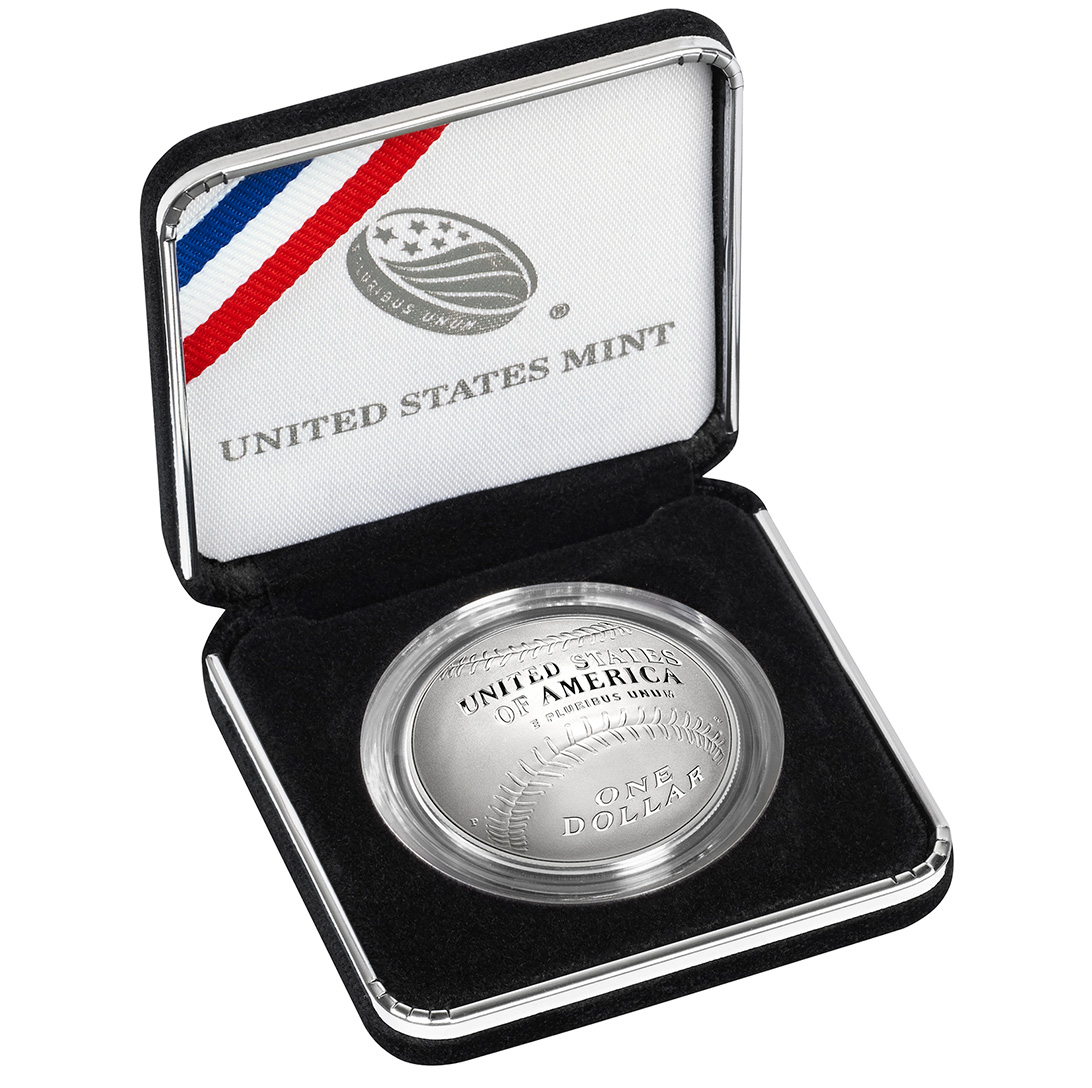 2014 Baseball Hall of Fame Silver Dollars Sell Out at Mint

Four of six 2014 National Baseball Hall of Fame Commemorative Coins are no longer available. The $5 gold coins sold out last week and the silver dollars joined them today, less than two weeks into their release. Sales of the Baseball silver dollars have been brisk. Today, the U.S. Mint said the number of orders they have taken has met the maximum limit. New orders are placed on a waiting list.

There’s still some chance at the silver dollars because the U.S. Mint just implemented its “Waiting List Notice.” Anyone may place orders and get added to the list. If an order entered prior to the sellout is canceled, a spot opens up. The U.S. Mint will fulfill orders from the waiting list on a first-come, first-served basis. At least 400,000 orders have been taken so it’s only natural that a small percentage of them drop.

Honoring the 75th Anniversary of the National Baseball Hall of Fame, the commemorative coins launched on Thursday, March 27 in proof and uncirculated formats of gold, silver and clad. The $5 gold coins sold out at their maximum 50,000 mintage within 24 hours with new orders accepted by waiting list only until the following Monday, March 31. It seems unlikely that the waiting list option will remain open that long for the silver dollars given the demand for them and the resulting volume of orders. Sales figures from the U.S. Mint this morning had the silver dollars at 97.7% of maximum with only 9,121 of the 400,000 unclaimed. That amount sold within seven hours. Splits at the time had sales at 257,183 for the proof coin and 133,696 for the uncirculated coin.

The last commemorative silver coins from the United States Mint to sell out were the 2010 Boy Scouts of American Centennial Silver Dollars. They had an authorized mintage of 350,000. It took just over a month before they were gone and that was considered quick.

Still remaining in plentiful quantities are the clad half-dollar baseball coins. They sport a similar curved shape and the same designs as the gold and silver options. Sales of the half-dollars last totaled 170,211 out of an available supply of 750,000.