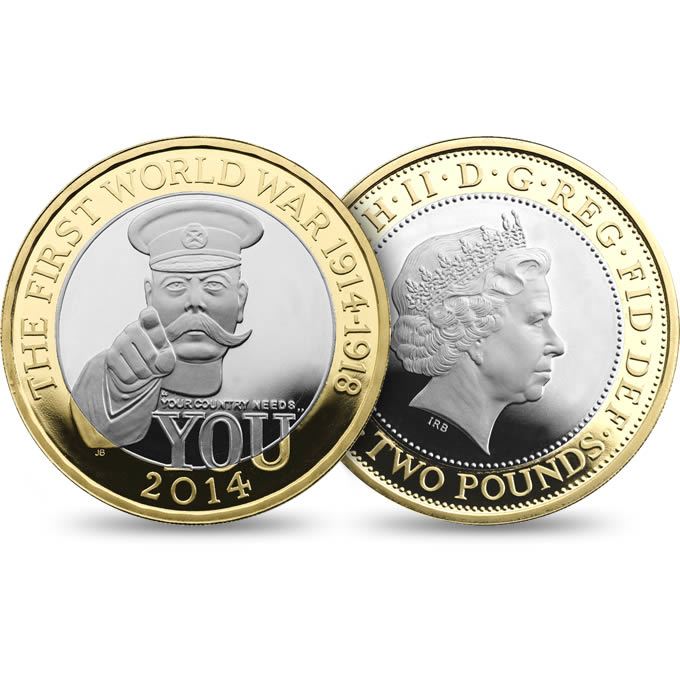 The Royal Mint has announced a new five-year series to mark the centenary of the First World War.  The series will take us on a journey from outbreak to armistice.

This official UK £2 coin remembers one of the most significant moments in British history with a design that recalls the spirit, and with hindsight, the poignancy, of the rush to enlist encouraged by Lord Kitchener.

In 1914 Lord Kitchener was appointed to mastermind a recruitment campaign that would go on to create one of the largest volunteer armies ever known in Britain. This design was selected to mark the centenary of the start of the First World War because the poster has come to be strongly associated with the outbreak of the war and is recognised by much of the population. It is intended to highlight the Government propaganda campaign to conscript army volunteers at the start of the war. The “Britons (Lord Kitchener) Wants YOU” poster dating from September 1914

The Piedfort and Standard version of this remarkable silver coin is now available together with previous releases from the Royal Mint at SCS. Order Yours Here Now!