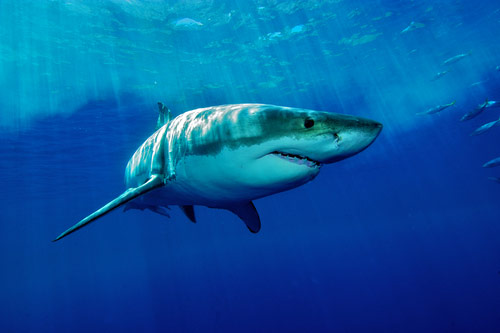 The Perth Mint are widely respected for their semi-numismatic silver bullion ranges. Set apart from the never-changing designs and sheer ubiquity of the Canadian Maple Leaf, American Eagle and Austrian Philharmoniker, collectors love them for their constantly changing art design, wide range of sizes, and choice of variants, such as coloured, gilded and proof.

None of the Perth Mint bullion coins have huge mintages when compared to the tens of millions sold of each of the three main competitors. The Royal Canadian Mints ‘Canadian Wildlife’ silver bullion range is considered as semi-numismatic yet that had a one-million mintage and was released two-coins per year. By comparison, the only one-ounce silver bullion coin with an unlimited mintage released by Perth is the Koala, and that’s never broken the one million mark in a year, although it came close in 2011 breaking 900k units.

Now the Perth Mint are going for it with a new 1,000,000 mintage silver bullion coin called the ‘Saltwater Crocodile’. Not to be confused with the Royal Australian Mints range that started last year with ‘Bindi’ and continued with ‘Graham’, this coin is more in the vein of the recent APMEX-distributed ‘Great White Shark’ half-once bullion coin, also from Perth.

In most respects it’s a typical Perth Mint product being a 31.1g, 40.6mm silver round and carrying a $1 AUD denomination. Finish isn’t as posh-looking as the equivalent semi-numismatic Koala, Kookaburra or Lunar, but it looks struck to the same high standards in its brilliant uncirculated finish. It should be available soon as it’s started to appear on multiple German dealer websites. It’s highly unlikely these will be available exclusively in one region or even one dealer per region given the ambitious mintage.

The coin’s reverse features a large saltwater crocodile with its mouth open, displaying its sharp teeth. It also features the inscription AUSTRALIAN SALTWATER CROCODILE, the 2014 year-date and coin specifications as well as The Perth Mint’s traditional ‘P’ mintmark.

The coin’s obverse bears the Ian Rank-Broadley effigy of Her Majesty Queen Elizabeth II and the monetary denomination. The coins are available in 500-unit monster boxes or in tubes of 25. Most dealers will also sell them individually for the collectors among you.

The Saltwater Crocodile (Crocodylus porosus), also known as saltie, estuarine or Indo-Pacific crocodile, is the largest of all living reptiles, as well as the largest terrestrial and riparian predator in the world. The males of this species can reach sizes of up to 6.7 m (22 ft) and weigh as much as 2,000 kg (4,400 lb). However, an adult male saltwater crocodile is generally between 4.3 and 5.2 m (14 and 17 ft) in length and weighs 400–1,000 kg (880–2,200 lb), rarely growing larger. Females are much smaller and often do not surpass 3 m (9.8 ft). As its name implies, this crocodile can live in salt water, but usually resides in mangrove swamps, estuaries, deltas, lagoons, and lower stretches of rivers. They have the broadest distribution of any modern crocodile, ranging from the eastern coast of India, throughout most of Southeast Asia, stretching south to northern Australia, and historically ranging as far west as just beyond the eastern coast of Africa and as far east as waters off the coast of Japan.

The saltwater crocodile is a formidable and opportunistic hypercarnivorous “apex” ambush predator capable of taking almost any animal that enters its territory, including fish, crustaceans, reptiles, birds and mammals, including other predators. Due to their size and distribution, saltwater crocodiles are the most dangerous extant crocodilian to humans. The Perth Mint has dropped an unexpected new surprise and it’s that most popular of items, a silver bullion coin. It’s being billed as from the ‘Wildlife Series’. It’s only available from large American precious metal dealer APMEX, but it’s extremely well priced given the source and obvious care put into the design. There’s an interview with the artist, Natasha Muhl over on the APMEX blog.

One of the most impressive of living creatures, the Great White Shark is an apex predator found in the coastal surface waters of all the major oceans and has no natural predators other than the Orca (Killer Whale). Mainly known for its size, mature individuals have been recorded growing up to 6.4 m (21 ft) in length, although reports have been published of great white sharks measuring over 8 m (26 ft), and 3,324 kg (7,328 lb) in weight.

The shark reaches maturity around 15 years of age and was previously believed to have a life span of over 30 years. The true lifespan of great white sharks is far longer; now estimated to be as long as 70 years or more, making it one of the longest lived cartilaginous fish currently known. Great white sharks can accelerate to speeds that exceed 56 km/h (35 mph).

The coin’s reverse, designed by Natasha Muhl, features a detailed great white shark with silhouettes in the background. The inscription GREAT WHITE SHARK is also included in the design with The Perth Mint’s traditional ‘P’ mintmark and coin specifications. The coin’s obverse bears the Ian Rank-Broadley effigy of Her Majesty Queen Elizabeth II, the monetary denomination and the 2014 year date. The coin takes an Airtite capsule of size: 32 mm Air-Tite Holder w/ Black Gasket. It’s available individually, in tubes of 25, or in a 500-coin monster box for which you’ll need a bigger boat! It’s up for sale on the APMEX site already. At a half-ounce in weight it’s critical to the coins success that the premium is tightly controlled and at $2.49-2.79 over spot, they’ve not been greedy and have priced it to sell. Mintage of 300,000.