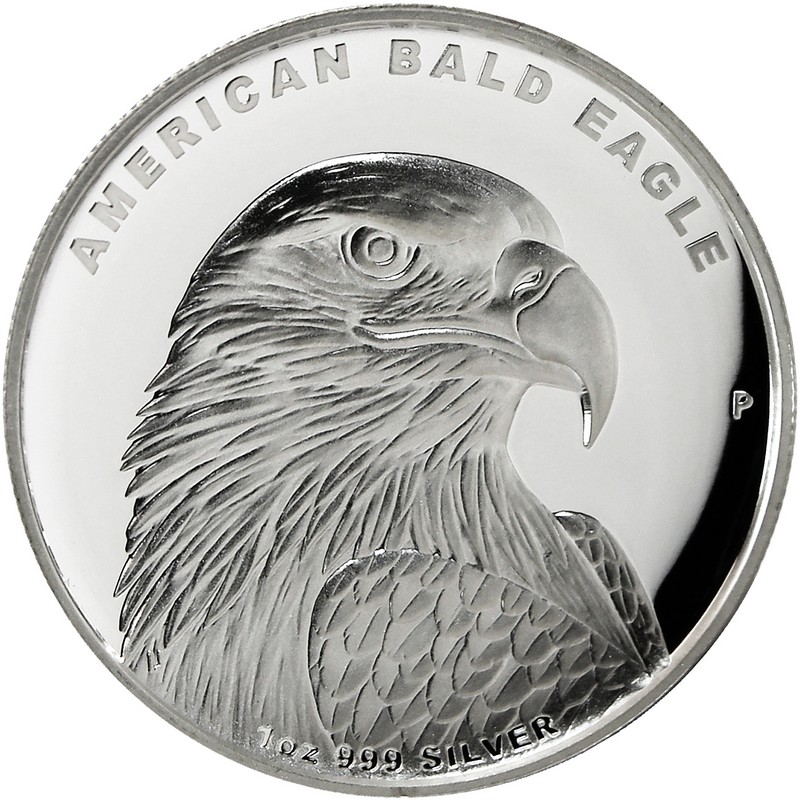 [box]Again a high relief silver coin targeting the American market.  I believe there will be more high relief releases from the Perth Mint![/box]

One of the most popular types of coins struck by the Perth Mint are their high-relief ones. These coins are struck deeper into a thicker planchet (blank) to increase the distance between the highest and lowest points of the coins artwork. The result is a design that has an almost three-dimensional quality and done right they’re some of the most attractive coins released today.

In the same vein as the recent and beautiful John Mercanti designed Wedge Tailed Eagle high relief silver coin, this latest one-ounce 0.999 silver coin carries one of the most impressive of the Birds of Prey, the simply magnificent Bald Eagle.

The artist for this portrait is Perth Mint resident Ing Ing Jong, who was also responsible for such recent releases as the hit 2014 Stock Horse, the 2014 Australian Gold Sovereign and last years Lunar Snakes.

The Bald Eagle (Haliaeetus leucocephalus) is a sea eagle found in North America. Its range includes most of Canada and Alaska, all of the contiguous United States, and northern Mexico. It is found near large bodies of open water with an abundant food supply and old-growth trees for nesting.

The Bald Eagle is an opportunistic feeder which subsists mainly on fish, which it swoops down and snatches from the water with its talons. It builds the largest nest of any North American bird and the largest tree nests ever recorded for any animal species, up to 4 m (13 ft) deep, 2.5 m (8.2 ft) wide, and 1 metric ton (1.1 short tons) in weight. Sexual maturity is attained at the age of four to five years. The average lifespan of Bald Eagles in the wild is around 20 years, with the oldest confirmed one having been 28 years of age. In captivity, they often live somewhat longer and in one instance, a captive individual in New York lived for nearly 50 years.

Bald Eagles are not actually bald; the name derives from an older meaning of “white headed”. The adult is mainly brown with a white head and tail. The sexes are identical in plumage, but females are about 25 percent larger than males. The beak is large and hooked. The plumage of the immature is brown.

The Bald Eagle is both the national bird and national animal of the United States of America. The Bald Eagle appears on its Seal. In the late 20th century it was on the brink of extirpation in the continental United States. Populations recovered and the species was removed from the U.S. federal government’s list of endangered species on July 12, 1995 and transferred to the list of threatened species. It was removed from the List of Endangered and Threatened Wildlife in the Lower 48 States on June 28, 2007. Along with a portrait of an American Bald Eagle, the coin’s reverse also includes the inscription AMERICAN BALD EAGLE, The Perth Mint’s ‘P’ mintmark, and the coin’s weight and fineness.

The coin’s obverse depicts the Ian Rank-Broadley effigy of Her Majesty Queen Elizabeth II, the monetary denomination, and the 2014 year-date.