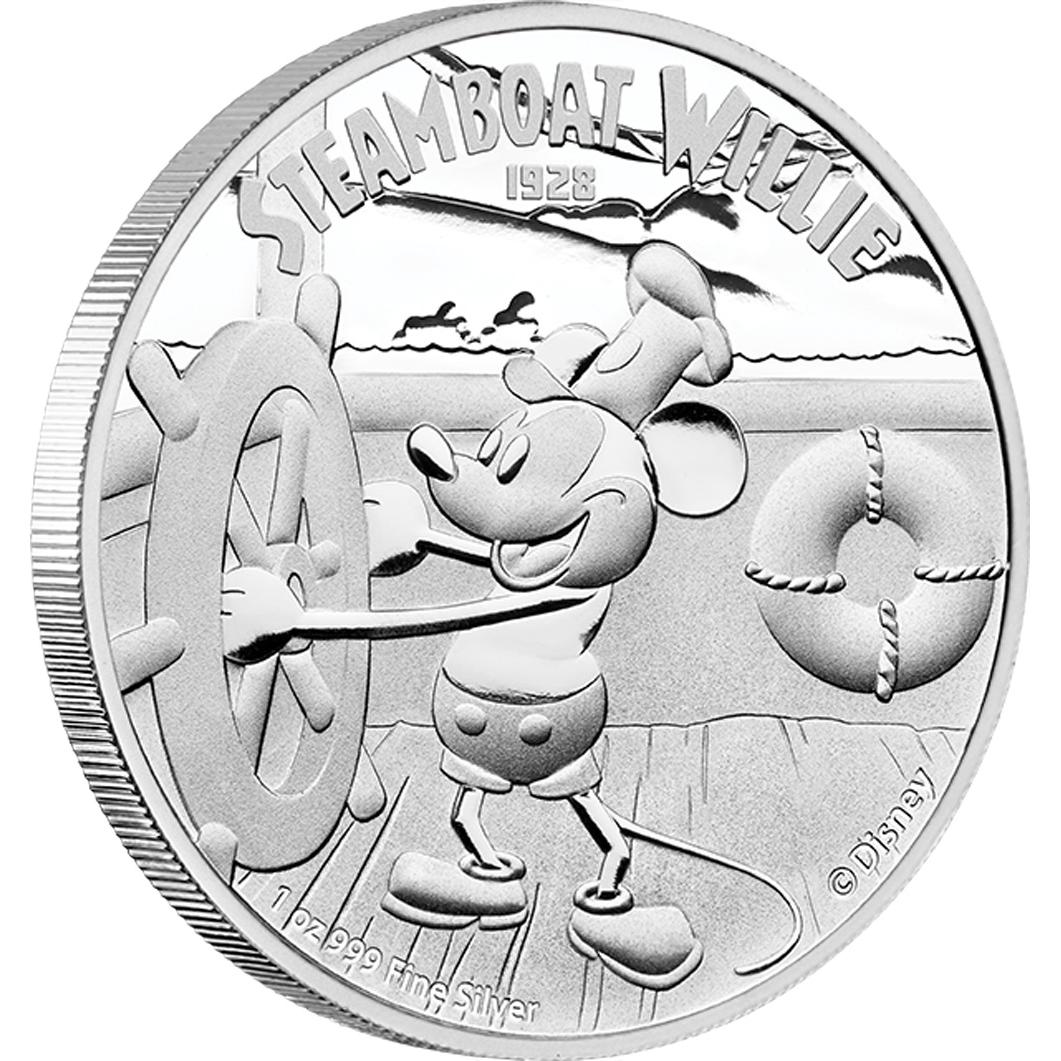 New Zealand Mint is set to deliver a world first with its new series of gold and silver commemorative Disney themed coins.

The Auckland-based gold bullion dealer will mint the coins featuring some of Disney’s most recognised characters for two years in worldwide markets.

The inaugural 1oz 99.9% pure silver and 1/4oz 99.99% pure gold coin will depict a scene from Disney’s iconic Steamboat Willie – the first film to feature Mickey Mouse which changed the face of animation.

The reverse of both coins features a meticulously sculptured representation of Mickey Mouse at the wheel of his handcrafted ship. The inscription “Steamboat Willie 1928” completes the design.

The coins will be unveiled over the next two years and future releases will showcase classic Disney classic characters such as Donald Duck, Goofy, Pluto, Snow White, Cinderella, Ariel from The Little Mermaid, and Pocahontas.

New Zealand Mint Chief Executive Simon Harding says to get the opportunity to work with the designs of what are undoubtedly some of the most well-known and well-loved animated characters in history is something all Mints would dream of.

“This series is particularly significant for us. It’s a fantastic opportunity to operate in a huge global market.”

“Collectable coins appeal to different audiences all over the world. In Eastern Europe for example, gifting precious coins is a tradition similar to the way we give cards at birthdays.”

Issued as legal tender of the South Pacific island nation of Niue, all coins feature the Ian Rank-Broadley effigy of The Queen.

The coins are priced at $108 and $755 respectively and will be released this month.