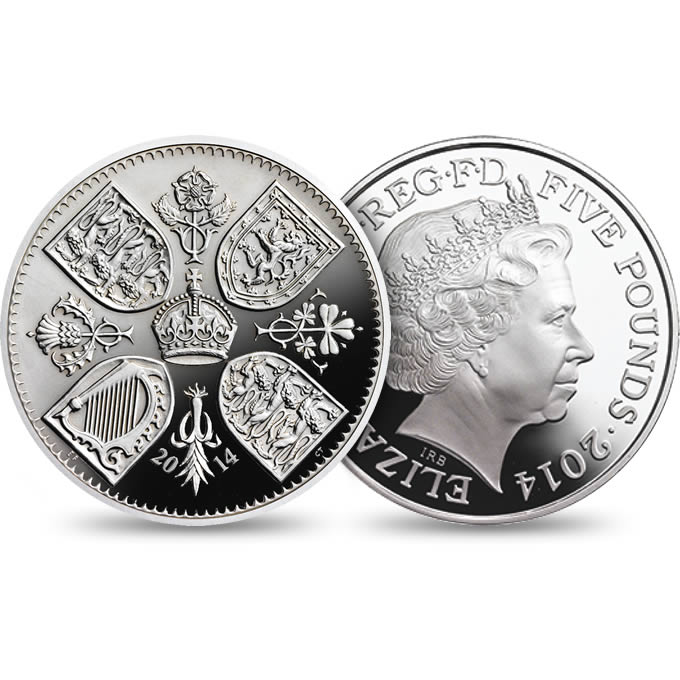 The coins struck for the birth and christening of His Royal Highness Prince George of Cambridge have proved so popular. The silver coins struck to welcome him last year sold out in days. And to celebrate his first birthday we strike a rarely-seen design as a glorious sterling silver Proof crown. The cruciform, or cross-like, version of the Royal Arms was created for Her Majesty The Queen in her Coronation year. It is a traditional design, but with a modern twist. The first coins of The Queen’s reign saw Wales represented for the first time, here with the familiar shields of the Arms divided by floral emblems including the Welsh leek.

It was such a British coin, to be used for important events in The Queen’s reign. But it has been struck only once since, in 1960, awaiting a special occasion ever since. The first birthday of her great-grandson is just such an occasion – a tribute fit for a prince. Your sterling silver coin is finished to our Proof quality to highlight this rarely used, beautiful design. Only 7,500 will be struck – a numbered Certificate of Authenticity attests to this low issue – and the official UK coins struck for the prince have proved so popular that an early order is most highly recommended.